10 Things To Do in a Drought

If no one has told you yet, Massachusetts is currently in a drought. When people think of a drought, they think of deserts, or of people thirsting for water, but it is really a lot simpler. According to the National Drought Mitigation Center (NDMC), a drought can be defined as “a protracted period of deficient precipitation resulting in extensive damage to crops, and a consequential loss of yield,” but the same way hurricanes have different levels, droughts do as well. A drought can very much be a dry desert with no crop in sight, but it can also be the reason why your grass is turning slightly brown, or your berries and your vegetables are not blooming as frequently as they should. 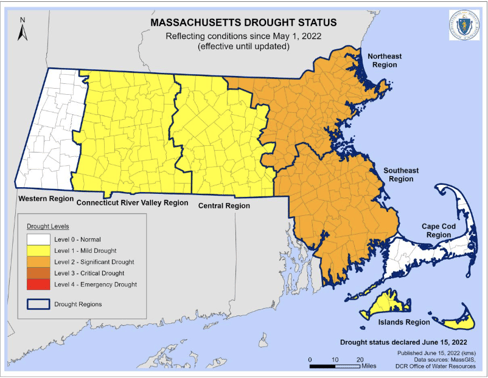 The majority of Massachusetts is in either a level 1 or level 2 drought. What does this mean? Although this is not level 3 or 4, it is still an important stage in the drought status. These are the two levels where MOST precautionary measures should be taken. According to the 2019 Drought Plan, a level 1 drought indicates that there is a mild drought, meaning that no forceful conservation measures need to be taken but rather, education and planning is communicated to the affected areas. Households in that area are limited to non-essential water use one day out of the entire week. A level 2 drought has slightly more significant measures. This means that the area is becoming significantly drier and although water conservation education is emphasized, more strict regulations are put on water service providers. On top of that non-essential use of water becomes restricted to solely hand-held hoses or watering cans, and can only be done after 5PM or before 9AM to avoid evaporative losses. If these steps, at both level 1 or 2, are taken, the consequences of the drought may not be so severe. If we continue to have no rainfall, by conserving our water now, we are helping ourselves out later on.

WHAT DO I DO IN A DROUGHT?

It can be a little hard to know what to expect or what to even do when a drought is coming your way. Yes we have government officials and scientists warning us about the drought and its consequences and placing restrictions in an effort to conserve water, but how do you take it to the next level? 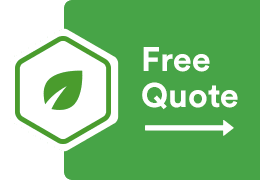